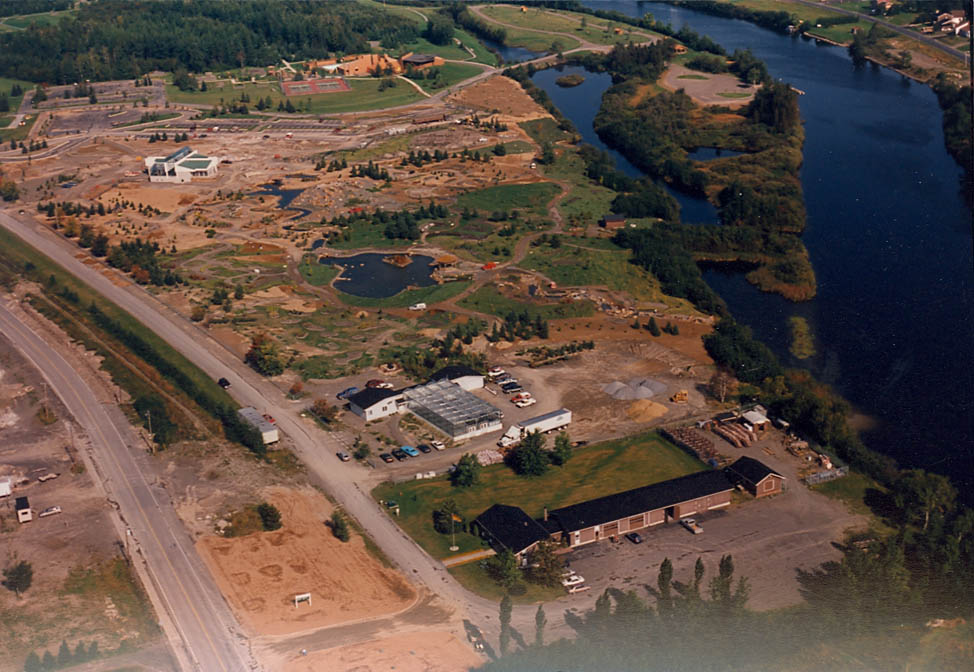 With the efforts and hard work of many devoted volunteers, the NBBG opened its doors in June 1993. A lack of funding almost brought the NBBG to an end, just a few years after its inauguration. Fortunately, the Botanical Garden was saved from this threat by the leaders of the University of Moncton, Campus of Edmundston (UMCE). Thus, this institution obtained the mandate to manage the Garden for a period of 10 years, from 1997 to 2007.

In November 2006, the UMCE informed the Province of New Brunswick, Tourism and Parks Department, that they would not renew their contract of management. It was on June 21, 2007 that the City of Edmundston and the minister of N.B. Tourism and Parks signed an agreement of one year for the management of the Garden. In spite of this agreement, the City of Edmundston did not want to get involved directly with the management of the Garden. The management mandate was thus transferred to the New Brunswick Botanical Garden Society. A five-year agreement contract has been signed in April 2008 between these three organizations to ensure the proper functioning and long-term development of the Garden.