Mosaïculture is an art where they use plants to accomplish drawings. The origin of mosaicultures goes back to the embroidery bed of the 16th and 17th centuries. At the end of the 1860s, the term “mosaiculture” is used for the first time by a gardener named J. Chrétien in the park of Tête-d’Or in Lyon. At the beginning, they created simple geometric forms but throughout the years, it has become more complex and they now realise butterflies, vases and more. Today, several cities practice this art which is a tool of flowers development and horticultural expression.

The New Brunswick Botanical Garden owns 12 mosaïculture structures. Each year, 6 to 9 of these impressive pieces of art are filled with plants and exposed in our garden. Here is the description of a few mosaïcultures that you might find during your visit: 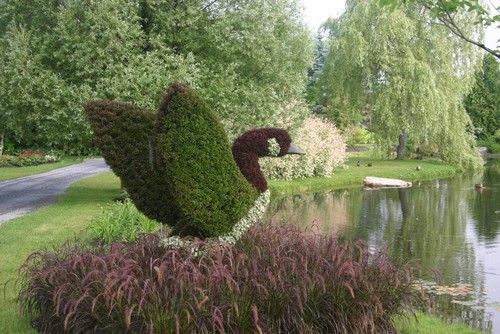 The Canada Goose is easy to recognize by its characteristic black head, white cheek patches, and long black neck. This bird flies in large V-shaped flocks when migrating. Flying in “V” formations helps the geese save energy and allow them to fly long distances, as much as a 1000 km in one day. There is usually a steady chorus of honking that can be heard even from the ground. Canada Geese feed mostly on land by eating a wide variety of leaves, flowers, stems, roots, seeds, etc. While many species are threatened by human activities, Canada Geese are a welcome exception. In fact, in 1950 there were perhaps 1 million Canada Geese in North America; today there are probably more than 8 million. They owe their success partly to management programs, and modern agricultural techniques.

The Canadian horse is the most impressive mosaïculture 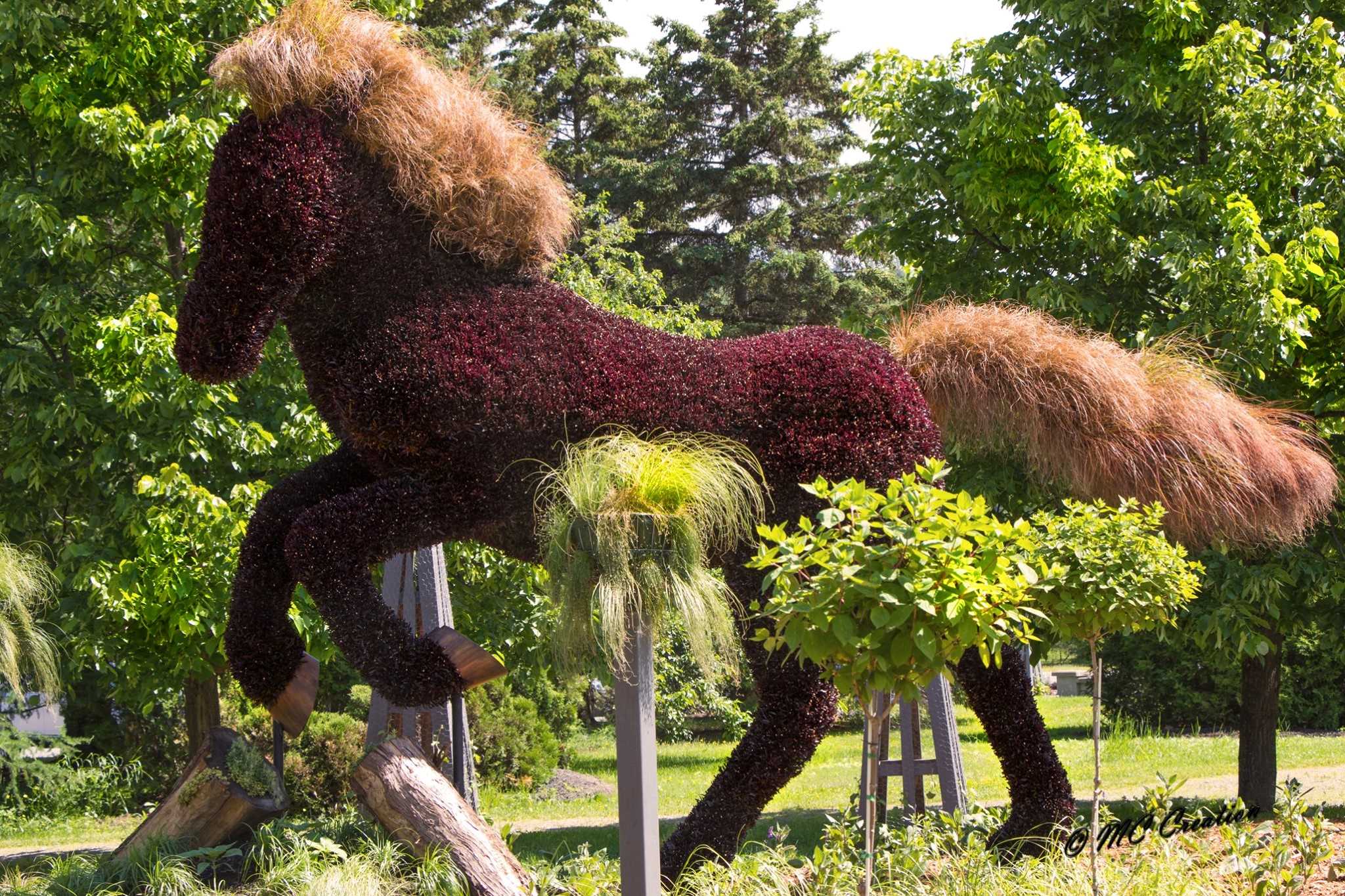 of our collection with its 12 feet of height. This piece was exposed in 2017 and 2018 during the international mosaïculture exhibition organized by Mosaïcultures Internationales Montréal in Gatineau. To celebrate Canada 150, each Canadian province and territories inherited a sculpture representing a part of their culture. The horse represents hard work in our forests and agricultural fields. 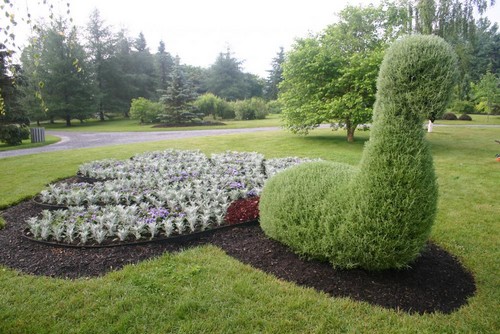 The peafowl is a bird that belongs to the gallifomes order. The male is generally called a peacock and the female, a peahen. We found the peafowl mostly in India and the Sri Lanka. It eats seeds, fruits and smalls animals. This sedentary animal love to pass night in the trees. Its magnificent feathers are use to seduce the females or also, to protect itself when there’s dangers.
Even with all its beauty, some witch myths say that this animal can be really dangerous. If you hurt it, it will deploy its multicoloured feathers and captures your spirit. Also, some say that anyone who crossed a peacock without royal bow could sink into madness. Beware of the peacock, he was sent on earth by a vengeful goddess.

Will O’ the Wisps 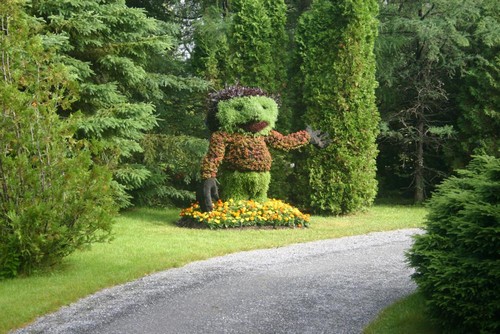 On backcountry roads, on moonless nights, countless unfortunate travelers have been pursued by strange dancing creatures that played nasty tricks on them. It can be quite an unnerving experience! Some people take care to avoid the edges of marshes and streams so as to keep far away from these mischievous pranksters, called will o’ the wisps. For they delight in leading unsuspecting drivers into the ditch or startling their horses into rearing and throwing their riders into the mud! What are these strange phosphorescent beings that haunt the countryside? Are they suffering souls sent back to Earth as penance for their sins, as some people say? Or are they minions of Lucifer himself, as others claim, sent to terrify lost passers-by? Fortunately, there is a very simple way to deal with these sprites. Just stick a needle into a tree trunk and they’ll start playing their favorite game, passing back and forth through the eye of the needle! It will give you time to make your escape.